Completion of the project "Theater that unites us in solving common problems".

On October 5 in Tiraspol the presentation of scenes on social topics within the project "Theater that unites us in solving common problems" took place in the format of theater-forum. Thus, the volunteers-actors presented situations where young people are discriminated against, their rights are violated or they just lead a wrong lifestyle. The audience then had the opportunity to change the scenario, to propose solutions to avoid injustices in the played scenes, and to go on stage to apply the solutions in practice. The show featured such "hot" topics as smoking among youth, psychological bullying among teenagers, and tobacco sales to minors. 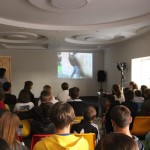 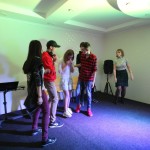 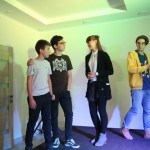 The project "Theater that unites us in solving common problems" was implemented during the year by the Caritas Moldova Charity Fund (Chisinau) together with the Charity Fund "Childhood for Children" (Tiraspol), financed by the European Union and co-financed by Sweden through the Eastern European Fund within the project "Civil Society contributes to the economic and social development of the country".

On our part, 10 volunteers took part as actors. Thanks to the project, they were able to learn more about their rights and how to protect them, openly express their opinion and take an active civic position. The participants of the theater chose the topics that they are concerned about, put them up and showed them to the audience. Thanks to this interactive training, the teenagers can pass on the information they received to their colleagues and other people.

In conclusion, young people expressed their gratitude to the project "Theatre that unites us in solving common problems", noting that here they managed to show their creative acting skills, to express emotions, to interact with partners verbally and non-verbally, and they also learned a lot about their rights in society and how to legally combat injustice. 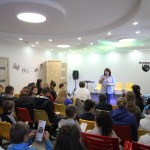 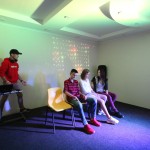 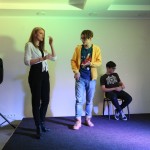 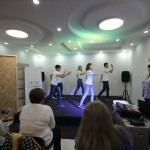 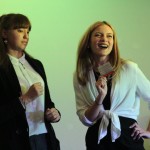 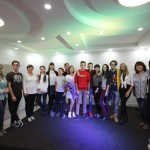